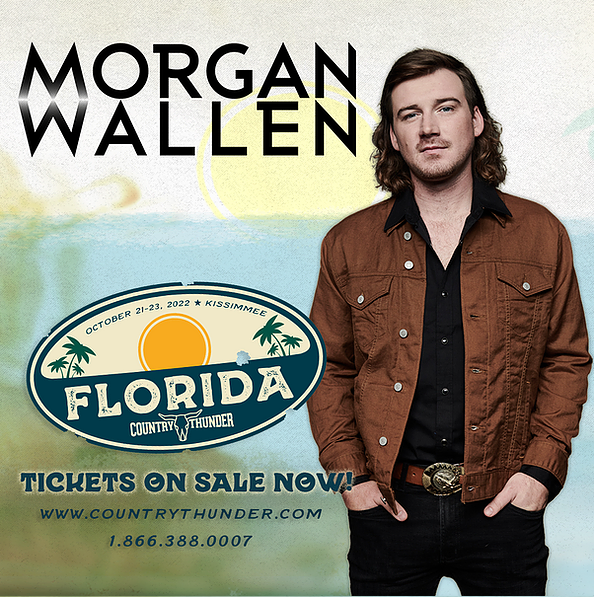 Country Thunder is returning to Osceola Heritage Park October 21-23, 2022 and music’s hottest superstar Morgan Wallen, is one of the headliners.“Every decade or so an artist comes along who transcends the country music genre and, in fact, changes the entire game,” Country Thunder Music Festivals CEO, Troy Vollhoffer says.” Morgan Wallen is that artist right now, for the immediate future, and well beyond.”

With over seven billion on-demand streams and four consecutive chart-toppers, Wallen’s widely praised Dangerous: The Double Album, reigned #1 on the Billboard 200 Albums chart for a whopping 10 consecutive weeks upon its release. The blockbuster remained in the top 10 for 33 weeks, plus earned the biggest streaming week for a Country album in music history.