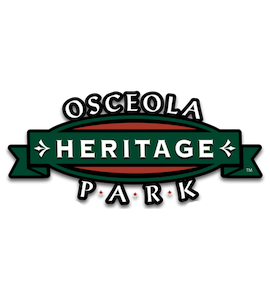 The Orlando City DA is set to move at the start of the 2019-20 academic year, while the Lions will remain at Sylvan Lake Park, their current training facility, through the end of the 2019 MLS season. Orlando City B, the Club’s USL League One side, will finish its first season in League One at Montverde Academy before moving its training operations to Osceola Heritage Park for the 2020 season.

“We are very excited and appreciative that the Club has decided to increase its already considerable investment in the new training complex, showing its commitment to the development of our youth players and the future of Orlando City. The move to Osceola is a huge step for this Club,” Orlando City EVP of Soccer Operations Luiz Muzzi said.

The 20-acre training complex will feature four fields - three natural grass and one artificial turf - a fitness, training and recovery center; film review room; as well as a players’ lounge and meal room. The First Team will be allocated two of the grass fields, with OCB and the Development Academy sharing the remaining grass field and the turf field.