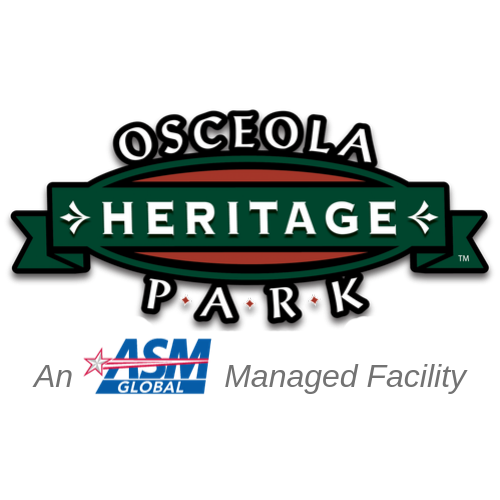 KISSIMMEE, Fla. - Orlando City B will make its debut at its new home when it hosts the Chattanooga Red Wolves on Saturday, April 11, 2020. The Lions will play its first-ever match at Osceola County Stadium, the 5,400-seat stadium located on the grounds of the Orlando City SC Training Complex at Osceola Her- itage Park. The game will be presented by Orlando Health.

Fans looking to become season ticket members can reserve their spot in line for seat location  here.
Group ticket information for the upcoming season can also be found at the link  here or by calling (855) ORL-CITY. Single game ticket information will be announced at a later date.

Fans can reserve their spot to the home opener now through the Home Opener Holiday Pack presented by Orlando Health, which includes two (2) tickets to the 2020 home openers for Orlando City B (USL League One), Orlando City (MLS) and Orlando Pride (NWSL). Details on that package, which also include two limited-edition coffee mugs, can be found  here.

2020 will mark Orlando City B’s first season playing at Osceola Heritage Park and their second in
League One.

About Orlando City SC:
Orlando City SC joined Major League Soccer (MLS) as the league's 21st franchise in November 2013, becoming the first MLS team in the Southeast. The Lions began league play in March 2015, and in 2017, moved into its privately-owned downtown soccer stadium. In 2019, Orlando City SC launched OCB in the newly-formed USL League One to bridge the gap between its successful youth development
academy and the First Team. In November 2015, the Club announced its intention to bring professional women’s soccer to Central Florida and launched Or- lando Pride in National Women's Soccer League. The Pride began league play
in April 2016 with a star-studded team of FIFA World Cup Champions. For more information, visit  orlandocitysc.com or  orlando-pride.com.

About ASM Global
ASM Global is the world’s leading venue management and services company.  The company was formed by the combination of AEG Facilities and SMG, global leaders in venue and event strategy and management.  The company’s elite venue network spans five continents, with a portfolio of more than
300 of the world’s most prestigious arenas, stadiums, convention and exhi- bition centers, and performing arts venues. From Aberdeen to Anchorage, and Sydney to Stockholm, its venues connect people through the unique power of live experiences.ASM Global’s diverse portfolio of clients benefit from the company’s depth of resources and unparalleled experience, expertise and creative problem-solving. Each day, the company’s 61,000 passionate employees around the world delivers locally tailored solutions and cutting-edge technologies to deliver maximum results for venue owners, and operations, and amazing experiences
for guests. By consistently looking for new ways to envision, innovate and empower the spaces and places that bring people together, ASM Global elevates the human spirit while delivering the highest value for all stakeholders. For more information, please visit www.asmglobal.com.